Guineung is a young panda hybrid who works for SPOON. He works as a secretary for Dana after she rescued him.

Such as the color scheme of his animal half, Guineung has white and black hair. His eyes appear to be pure black and he has proficient bags under them, in reference to him being a panda-hybrid. He has pure black pants and a high collar shirt, the upper half black and the lower half white.

He is sociable, always having a bright smile on his face. He does possess a mischievous streak, however, as shown that he tried looting a fainted villain. He also has a violent side which shows whenever he sees Orca.

He is against humans discriminating against human and Mythical Beast hybrids as shown at the beginning of the story when he asked Naga if he had anything against working with mixed humans.

Number 2. thinks during Helping the Horned People, that Guineung is "...completely like the chief" when mad and fighting.

He used to live with his father in the woods. Due to his heritage, when he was young he was hunted down by pet hunters while playing outside with his father. Once captured, he was sold to a pet shop. Nothing was explicitly shown, but it is implied that his father was killed.

At the pet shop, they tried to leash a young Guineung, but were unsuccessful six times because he kept on ripping off every leash they put on him, not even a grown man could overpower him. Eventually, they put a collar on him that had sharp spikes on the inside and the outside so he could not rip it off. The wounds from this collar started to fester and were slowly killing him until Dana and Rosy came and rescued him from the pet shop. After this, he began to help Dana around SPOON, and has met her family who treat him as another son.

Because of his traumatic past, even in the present day, he has a tic where he scratches at his neck when he is nervous or stressed out, to the point where he begins to bleed.

He appears for the first time when Hyena calls in order to make his report of a mission of Flight Team. He congratulates them on their success but understands that they have destroyed the object they had to recover.

Then Sewol comes to ask him what are the benefits of working for SPOON, Guineung answers ultimate job satisfaction, a good employer-employee relationship and a peaceful solution to every situation. Baekmorae says this description of SPOON is being too much of an embellishment.

Guineung, alongside with Dana, was the one who introduced Naga to SPOON. He was also the one who assigned him to work with Sasa and Hyena. He is Dana's secretary that is working for her for saving his life.

He usually only appears to tell teams their objectives but due to lack of manpower he, himself has gone on missions once or twice. (See: Pet shop arc, Capturing KNIFE arc and Sirano's island arc)

He is the second strongest in SPOON. He also possesses honed battle capabilities, showing that while he is not as strong as Orca, he is able to make up for it by playing dirty. He has also been shown using a collapsible baton in Chapter 108 to fight Orca.

Guineung can use the power of any person he is touching (Hair, nails, and teeth also work, but it must be direct contact not through clothing). He discovered this ability by chance as a kid when he was accidentally shot with a missile with Dana, since he was holding Dana's hand he unknowingly copied her invulnerability and survived after this, he became sick due to his body having been through a lot of stress, he mentions it is okay if he uses smaller powers, but strong powers cause him to be sick.

Guineung is naturally nice to everyone he meets, so he gets along fine with everyone at SPOON.

They are like family, as shown as visiting Dana's parents in the Chuseok and New Years special. He is extremely grateful to her for saving his life when he was younger and is comfortable enough to slightly insult her at times, although he usually falls victim to one of her angry outbursts soon after.

Since Orca spared his life as a child Guineung bared a grudge, he wants to defeat Orca on his own to prove his own strength. His hatred of him has grown so much he can insult him for an hour. Multiple characters have joked they dislike each other because of their inverse color scheme. 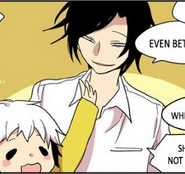 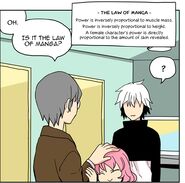 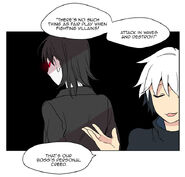 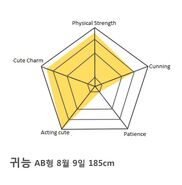 Young Guineung with his Father 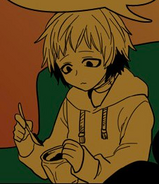 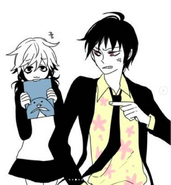 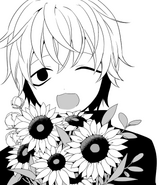 Add a photo to this gallery
Retrieved from "https://i-dont-want-this-kind-of-hero.fandom.com/wiki/Guineung?oldid=9962"
Community content is available under CC-BY-SA unless otherwise noted.